Payroll, onboarding, benefits, and more: How Humi helped Outside Looking In level up their HR practices

By way of their numerous programs, Outside Looking In has been supporting Indigenous youth from high school and post-secondary right through to their entering into the workforce for the last 15 years. Through dance, leadership, work/study, and entrepreneurship programming, the nonprofit's mission is to carry Indigenous youth into adulthood with the support and encouragement they need to be the best versions of themselves.

In 2020, Outside Looking In was ready to scale and introduce more progressive human resources processes – but they didn’t have the right HRIS to do it.

When Zohair, Outside Looking In’s Director of Operations, first joined in 2020, the organization had just 6 employees. He was responsible for day-to-day operations, finance, IT, and HR – in true nonprofit fashion, he had a lot on his plate. As they grew, Zohair wanted to create the best environment possible for his people, but their HRIS, BambooHR, wasn’t cutting it.

“I mean, it was a good system. It was just focused for the United States, so things were harder to do that might be more local to us.”

Zohair and his team also couldn’t do with multiple systems. As there were still very few formal policies or documentation in place at Outside Looking In, things got confusing. Plus, payroll management with their provider, Ceridian, was not intuitive.

“It's not easy to use – even the reports take forever to understand.”

Zohair wanted to standardize payroll management benefits. The organization wasn’t tracking benefits at the time and turns out, they were actually losing money.

“[We] were not tracking how much employees were paying for benefits. And so the company was technically losing money because they were just paying the entire premium and not charging employees their half.”

Managing vacation was another pain point for Zohair. He wanted to bring in more progressive guidelines around time off and sick days, but other systems couldn’t meet their needs.

“We have an unlimited sick day policy and there weren’t systems out there that could handle that. I was surprised to find there wasn't a mechanism for systems to track it, but keep it unlimited.”

As Outside Looking In grew their team of seasonal, part-time, and full-time employees, Zohair needed an intuitive, one-stop shop software to create and sustain the best workplace culture for his people. As an alternative he had considered ADP, but…

“They were too expensive for what they did.”

Zohair knew he needed an HRIS that was flexible enough to support their seasonal changes, and he had a preference for Canadian support.

“You're telling [seasonal workers] to go through this complicated system to get set up for payroll and whatnot. You're spending hours walking through the registration process telling folks, ‘okay, click this next.’ But I found that the process with Humi was very easy. I was spending less time helping people sign up and understand the platform because it was intuitive.”

With everything all in one place and easy to use, Zohair could focus on onboarding an incredible team and offer them the best experience while working at Outside Looking In.

“It was very intuitive, Canadian, and the user interface was awesome. I found the support was great too because when we transitioned over, we had HR information that we pulled from BambooHR that we were trying to plug into Humi, and then we had payroll information coming in from Ceridian…They were super helpful during the implementation and even to this day.”

Being a small organization, Zohair says the time spent onboarding with previous systems cost the organization time and money. Since switching to Humi, they did a full 180, and have since added over 30 team members with ease.

“We just hired our VP of Development. I was going through onboarding with her and we just skipped Humi because it was pretty simple.”

The organization was also saving money in general with Humi.

“We're saving about $40,000 a year – simply in productivity and no longer having to pay for multiple platforms instead of one. Additionally, we're saving another $3022 annually on our benefits plan that Humi negotiated. Not only are we saving that, but we're also getting more coverage than we did before."

Not only that but you only get billed for what you use. We have seasonal workers, so we're not paying this flat rate every year for things we're not using.”

Since we did all the heavy lifting, Zohair knew he could trust Humi when he thought about employee benefits. So much so, he didn’t feel the need to look around.

“They told me it's more benefits, better packages, and it's going to be cheaper. I'm like, ‘Come on, humor me every time you guys are just too good at your job.’ So yeah, I didn't even end up looking at other options.”

It’s also the little things. A huge plus for Zohair was how much of an impact Humi’s calendar integration had on their employee experience. It was also a relief that their new system supported their unlimited sick days policy.

“For anniversaries, birthdays, time off, it's really nice from an organization-wide perspective. People are way more cognizant of who's away, who's not away, etc. It’s creating those respectful work-life boundaries. It’s seamless.”

Probably the biggest takeaway though is Humi allowing Zohair to run the nonprofit’s work/study program as seamlessly as possible.

“A lot of [Indigenous youth] don’t have devices or connectivity to the internet or bank accounts. Being able to onboard and bring those youth onto a system where we can compensate them for their time and communicate with them – Humi made that possible. We know what the set up looks like, get on a call and walk through it with the youth, and they’re happy to have access and to get paid.”

Wondering how much you can save with Humi?
Easily book a call with our team to find out more!
Book a call 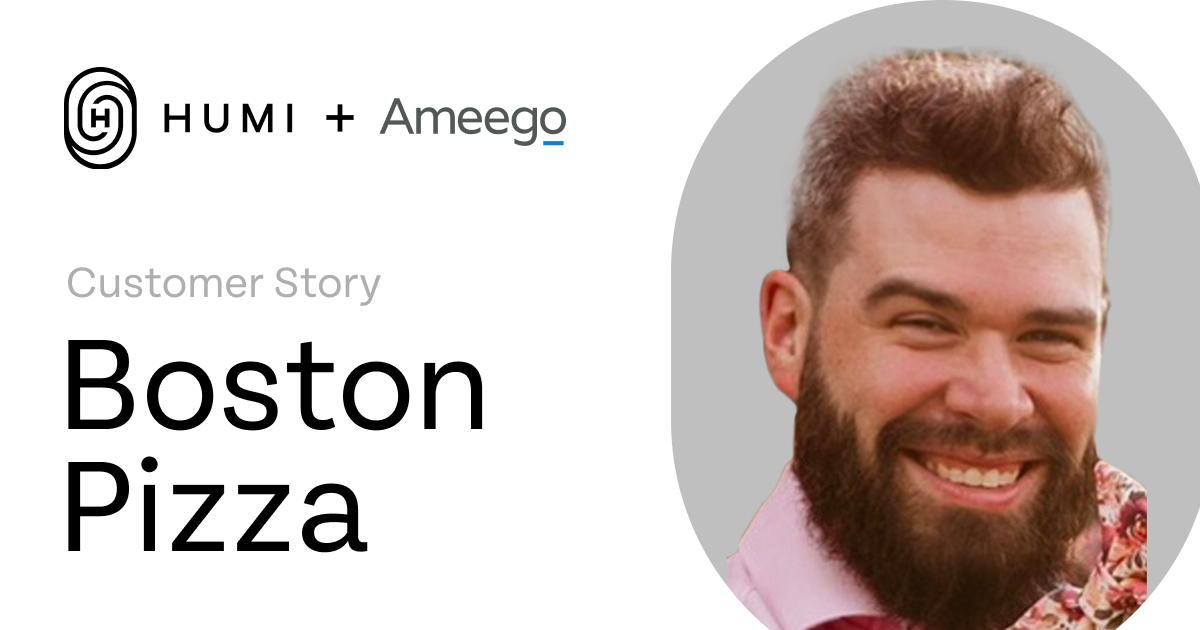 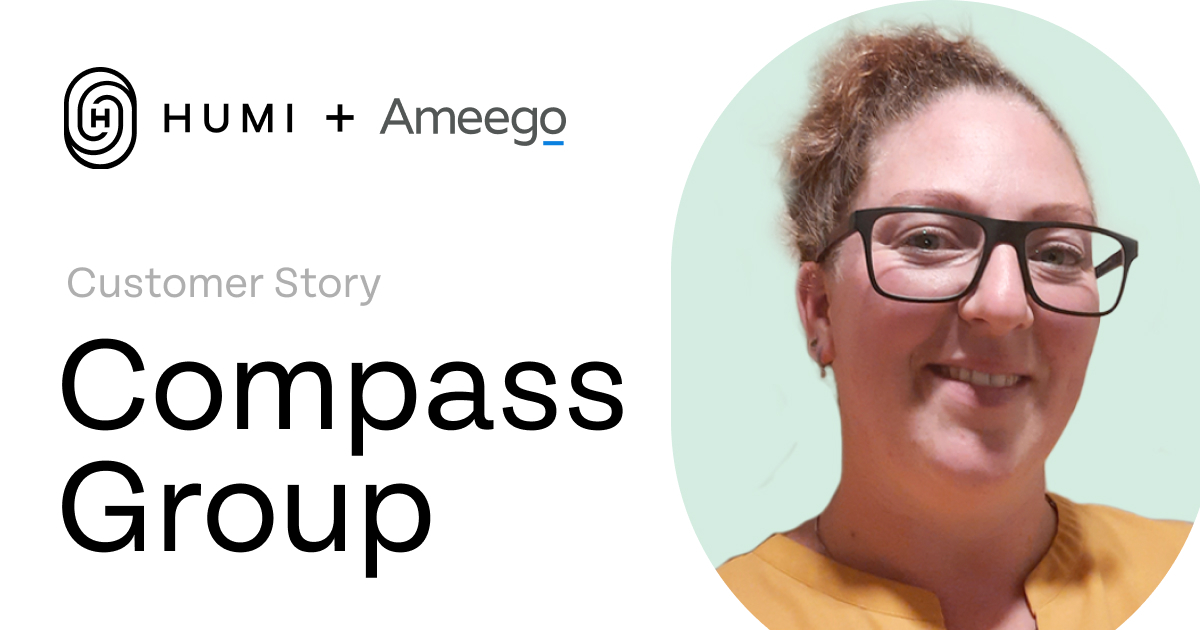 From assistant manager to district manager: Why Jennie advocated for Ameego as she rose through the ranks 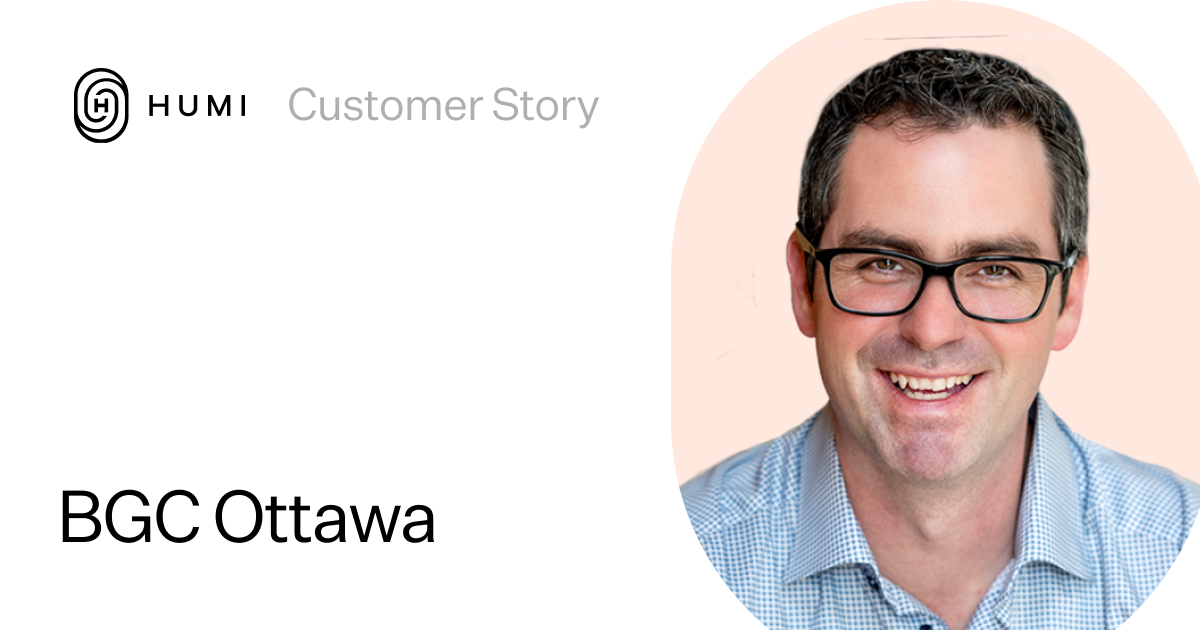 More than software: Humi is an extension of BGC Ottawa’s core values 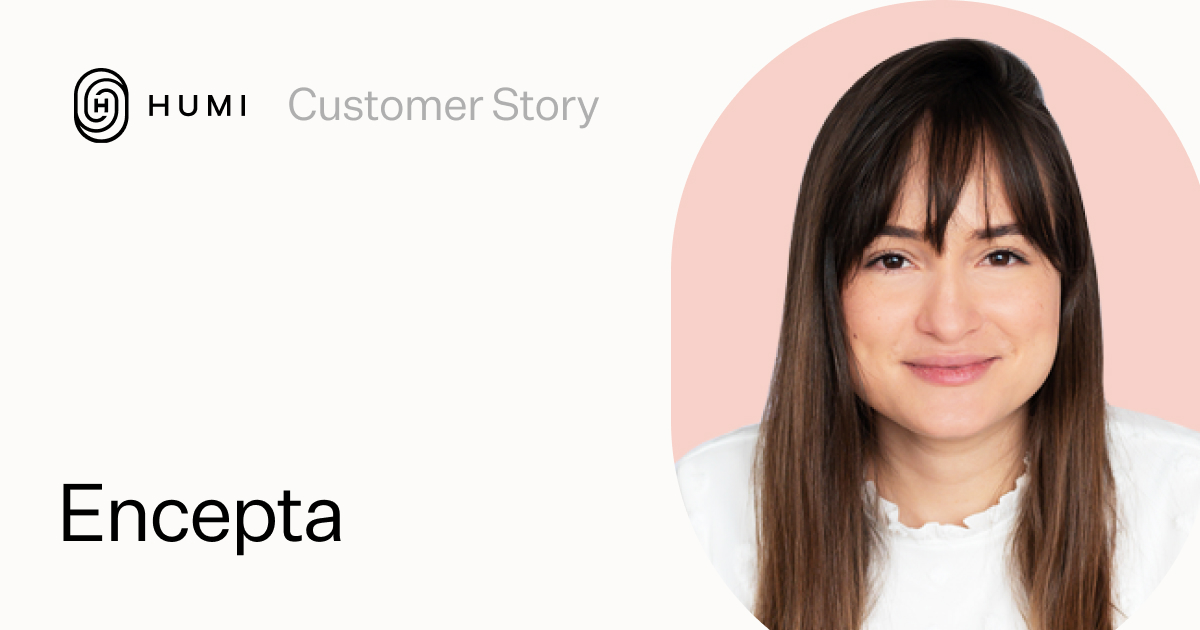 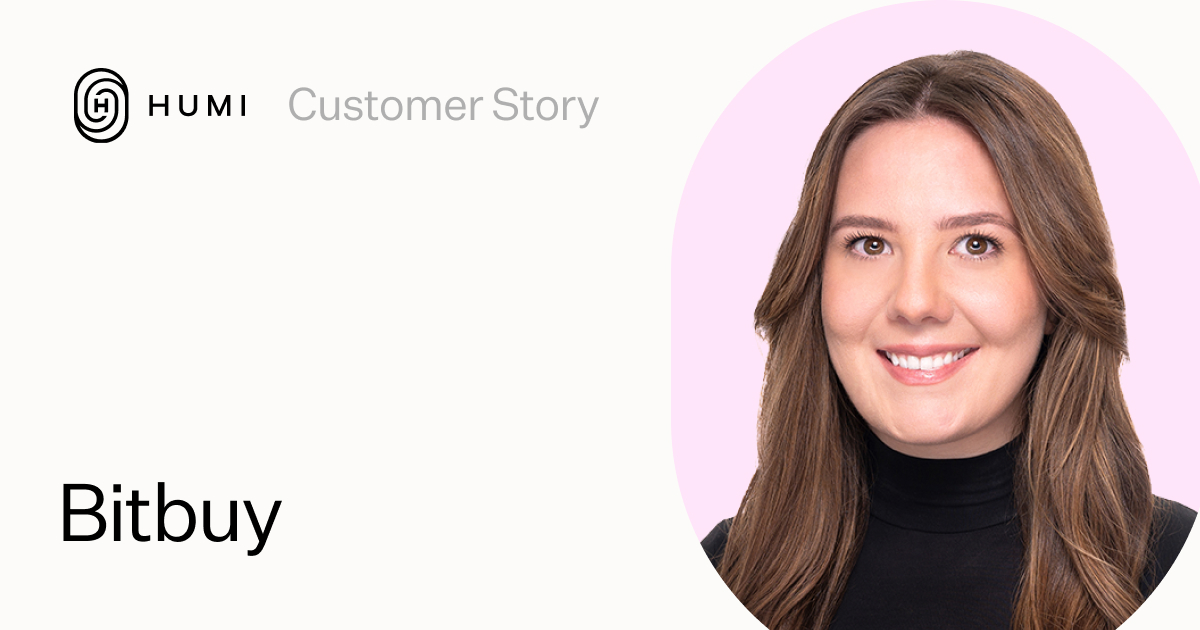 How Bitbuy doubled their team with Humi 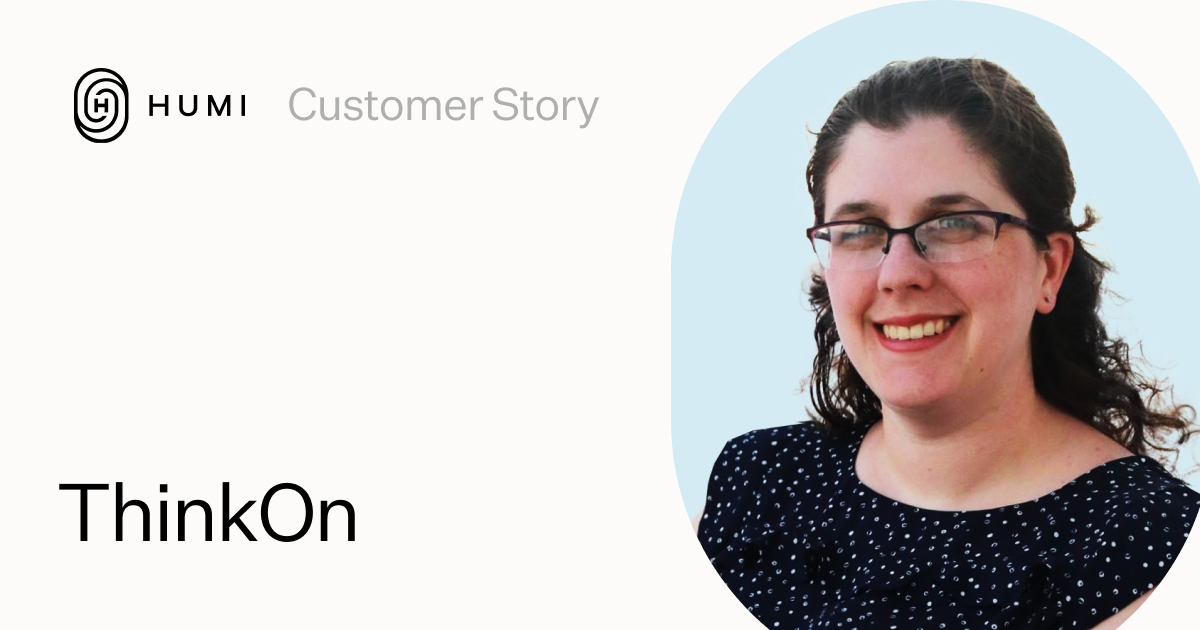 How ThinkOn scaled their company with Humi 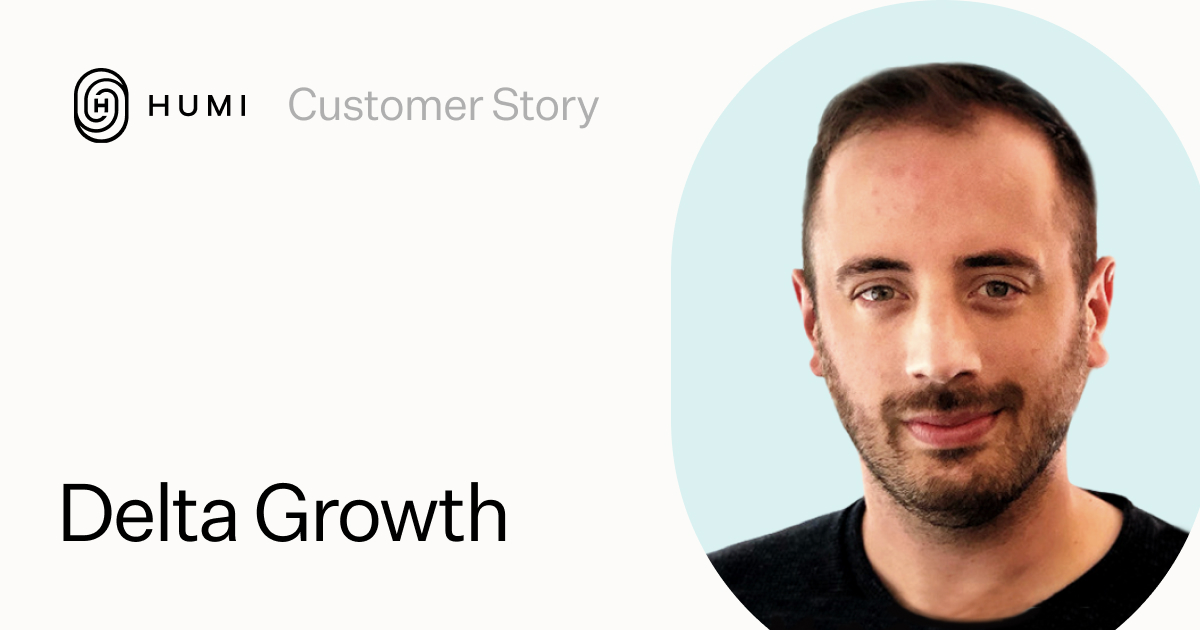 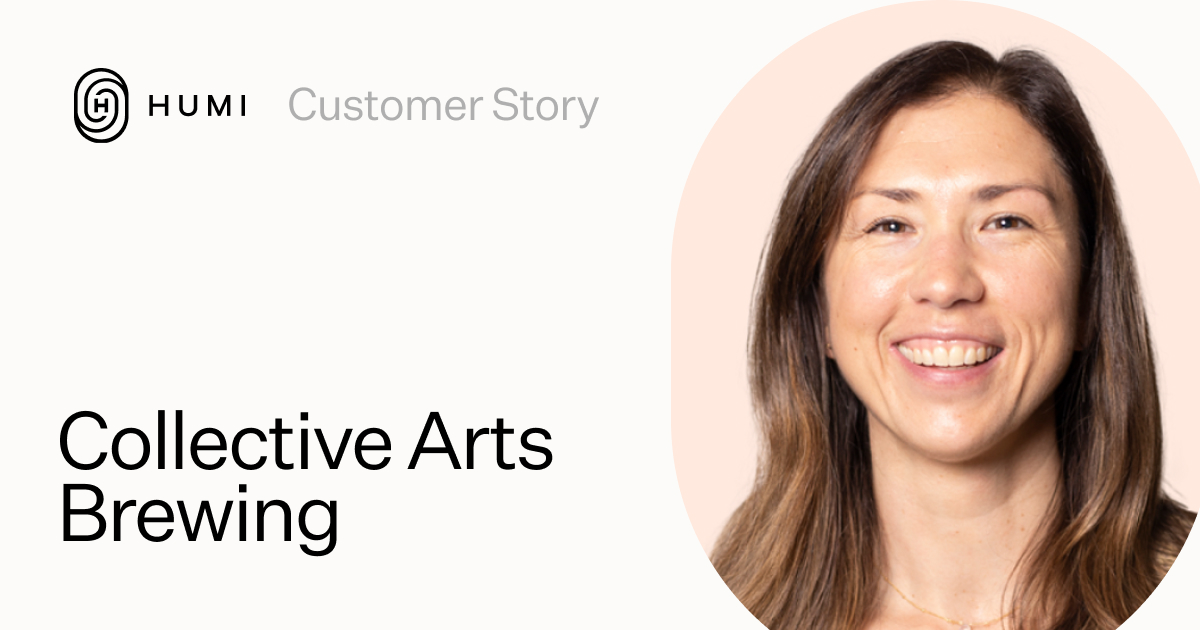 How Humi Supported Collective Arts’ Growth During the Pandemic 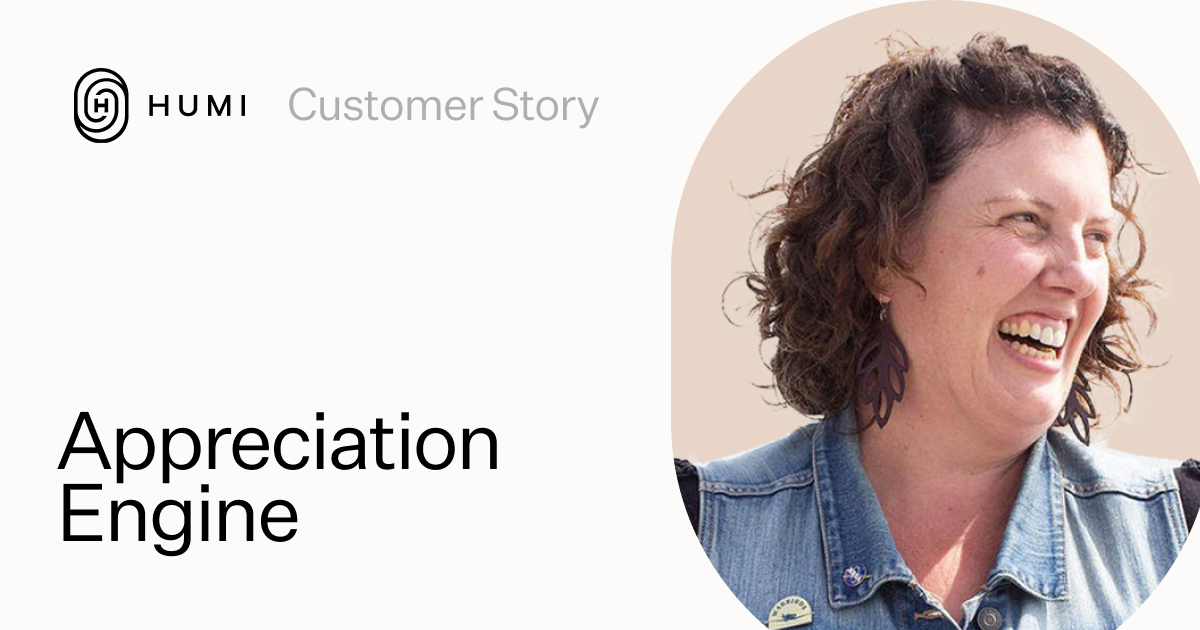 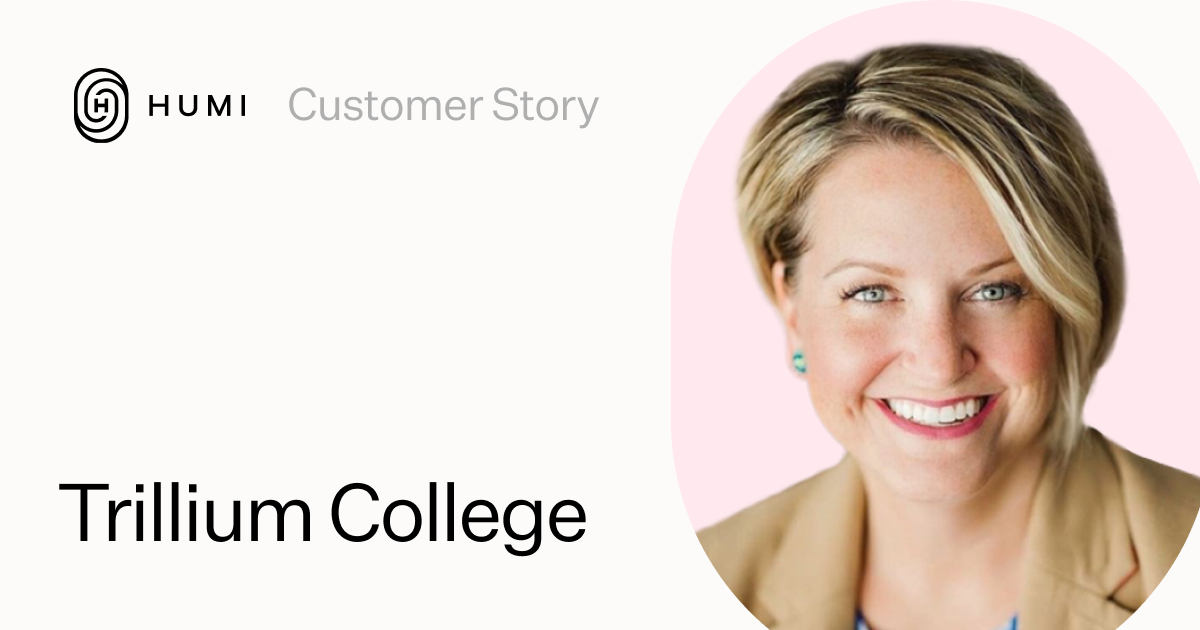 How Trillium College Moved Its HR Online and Saved $32,200 Annually on Its Employee Benefits Plan 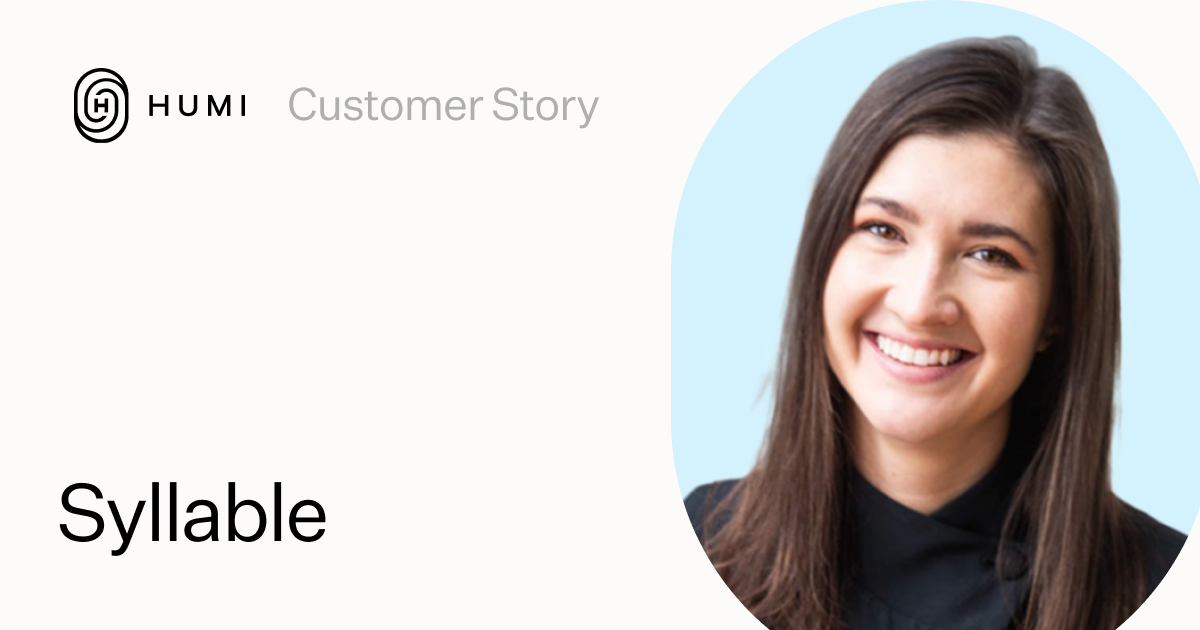 How Humi Helped Syllable Automate Its People Operations, So They Could Focus on Running Their Business 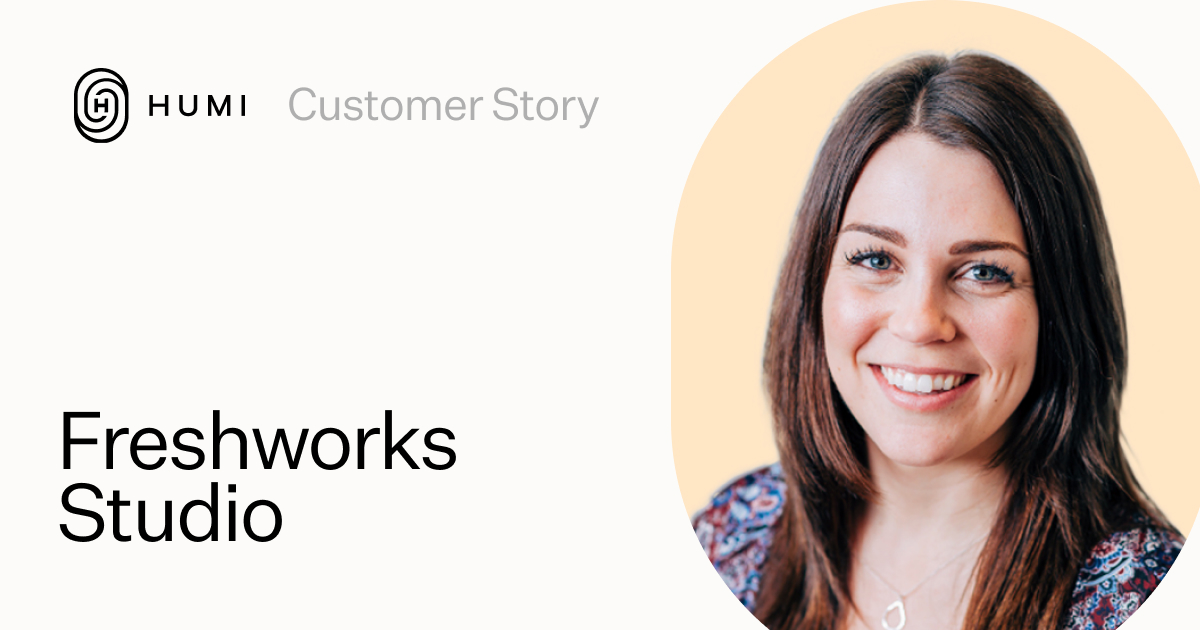 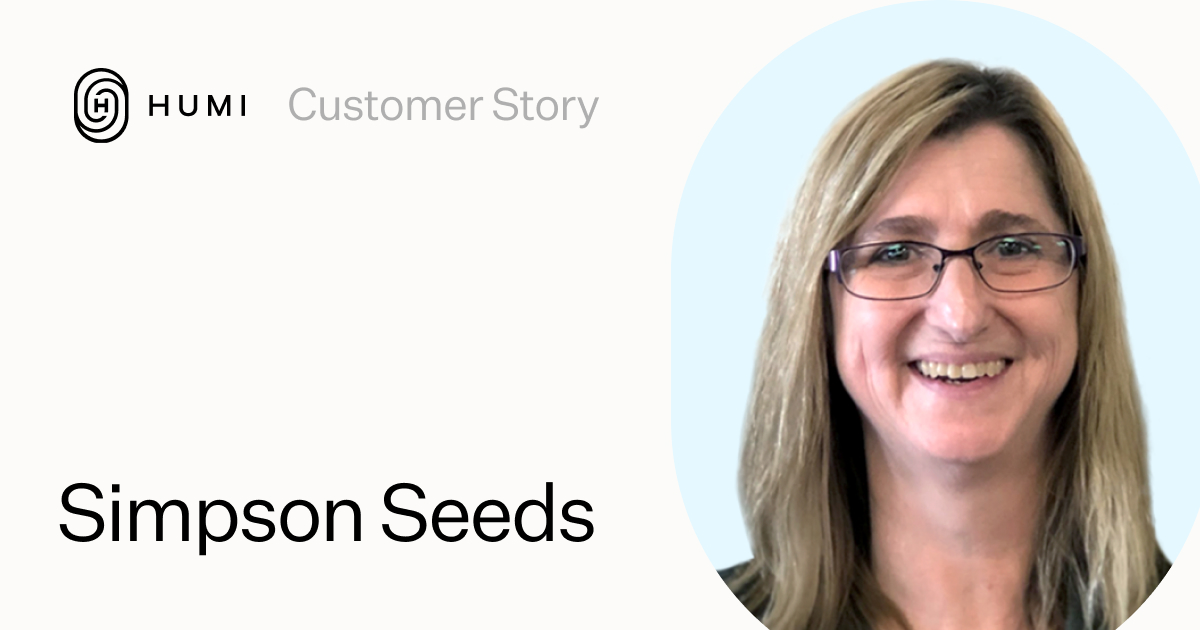 How Simpson Seeds Saved Over $29,400 Annually by Moving Its Benefits Plan to Humi
Give your people the best support today.

Join thousands of companies in the future of work.

We recommend Humi as the HRIS for all of our clients. Our entire team loves the product – it makes launching a new system to our clients easy and seamless. On top of that, they are constantly improving and upgrading the features so we spend less time worrying about the admin side of things, and more time on strategic HR! 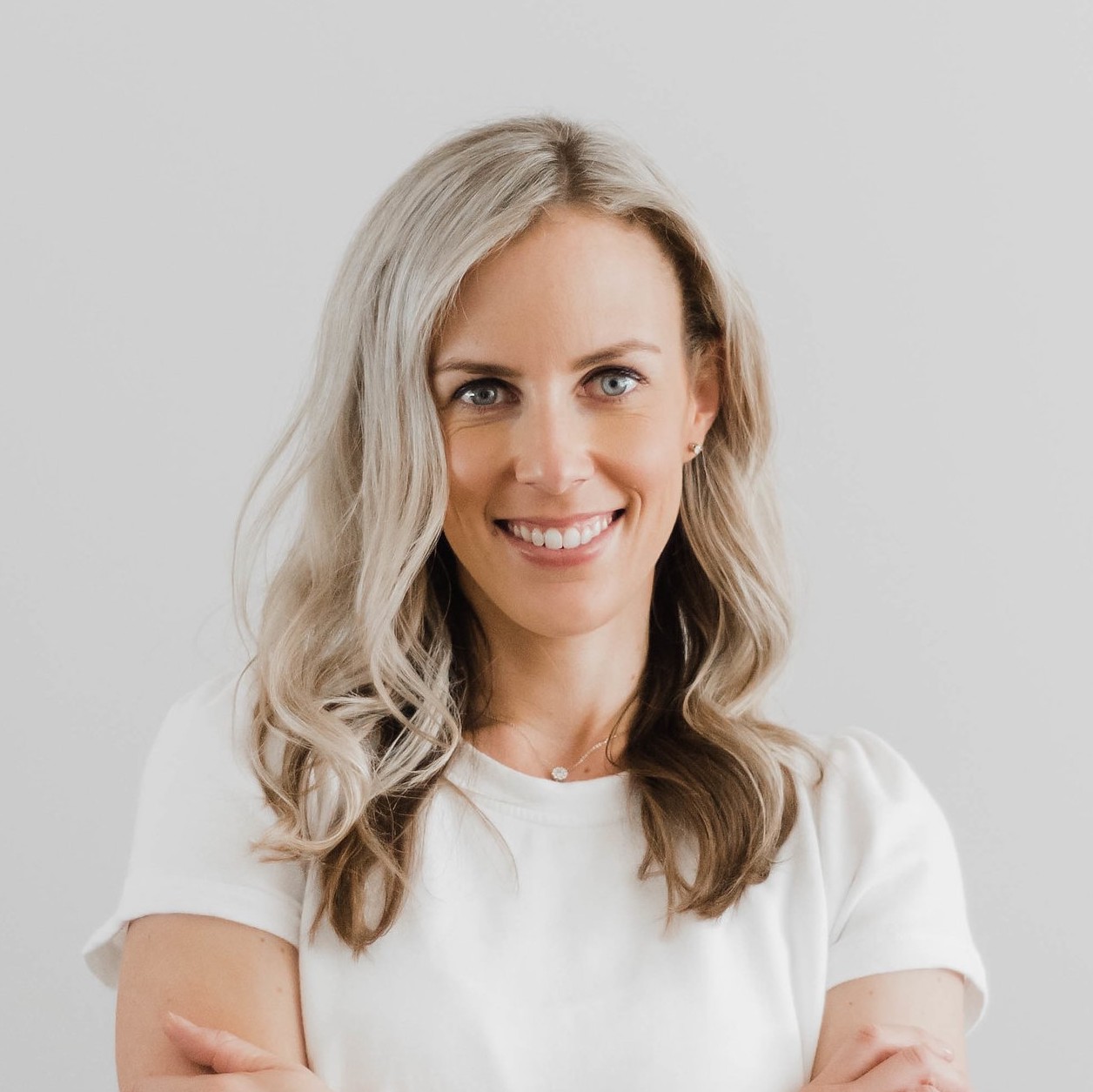