Traditional performance reviews are based on the assumption that greater reward equals greater performance. Usually conducted annually, they tend to focus on generalities that aren’t role specific. The ‘gaming’ that occurs within these reviews impedes open and honest feedback.

Let’s face it: no one likes them. That’s largely because performance reviews are wrapped in bad processes to begin with:

Due to recency bias, managers only remember the last few months of performance and rely on overall metrics.

Negative feedback from the review hurts the employee. Had they received it earlier they could have done something about it. Positive feedback could have been acted on earlier for even better performance.

To illustrate the impact of a lack of employee feedback, we’ve created an infographic that highlights some surprising statistics:

What is real-time feedback? (and why you should use it) 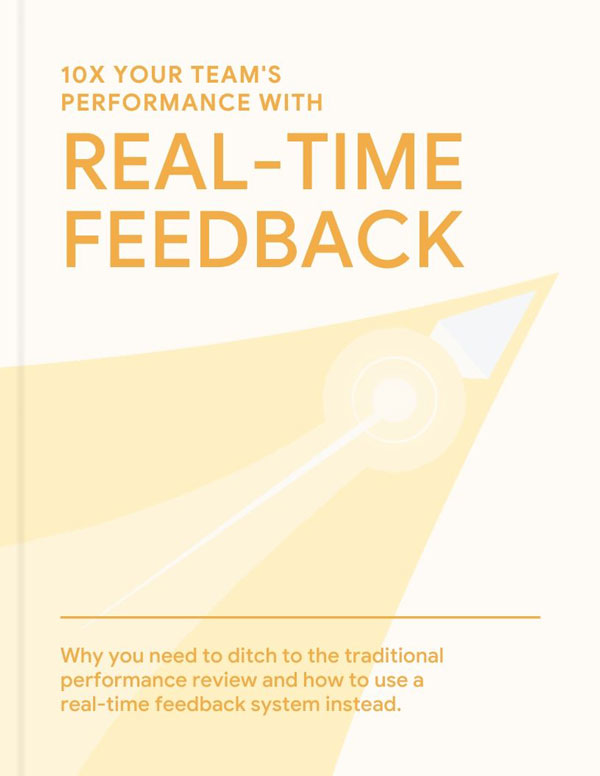